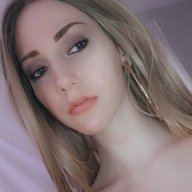 My username is nyla_krush
I receive the message that my account is banned and that’s access is denied because reason to believe that I’ve violated terms of service m.

I’ve been been banned one time before, contacted support, they told me why I was banned/suspended and activated my account again once I agreed to not break that rule again..

They also said if I was banned again it would be permanent (I may be misremembering) but now that I’ve been banned again, I see my account is not terminated though.

I’ve contacted support twice wanting to know why I got banned and what steps to take to be unbanned again.

My CB SUPPORT email tickets I generated from both my email inquiries are:

I appreciate any and all help with this! I just want my account back & to know what is going on!