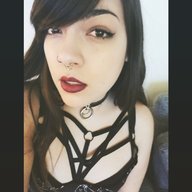 Hello to all! I recently discovered through a submissive, or a cashpig, asking me to be in a findom relationship that there was such a thing. Since then I have been really looking into it, and am very intrigued! I've always been more submissive, though I do have a dominant side in me I've never had a chance to explore. I'm also into the kinkier side of life to begin with. I want to explore findom, but need some advice! I understand to an extent sub/dom relationships, but since I've never taken the dominant role before, or in a findom relationship there's a lot of new for me! How to treat a submissive in a findom relationship, how to humiliate in fun ways, creative punishments, from an experienced mind what are they looking for besides the obvious of releasing control and relinquishing finances? Any and all advice is appreciated, even just personal experiences with it would be helpful! Thanks so much! xo 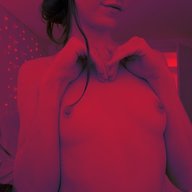 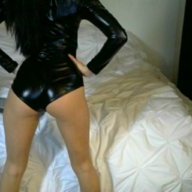 Join Fetlife. These men want to be owned . Get to know them, find their weakness about you and play on that. I love Rachael Sparks on twitter. She is my fav. 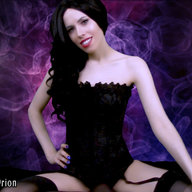 Fetlife is a wonderful place to explore a lot of kinks, but financial domination isn't really one of them. A lot of lifestyle D/s who play in their personal lives are pretty divided on financial domination, somehow feeling that findom is taking advantage of subs or that it isn't a legit kink. So Fetlife, a place of lifestyle D/s who play for free, can be preeeeeetty rude towards pro-Dommes as a whole, but they have a special dislike of financial Dommes in particular! So, a heads up on that. I've never found a finsub through Fetlife (though I'm sure there are several who have!) but I have had dozens of finsubs find Me via Twitter, and many, many more have discovered Me because of My clip work.

As someone who does a lot of Financial Domination play, I'd recommend checking out clip sites like IWantClips and Clips4Sale. Look in the Financial Domination tag, and look at the top names. Read their video descriptions. Go to Twitter and find their pages, and explore there. Don't copy what they are doing - but you can get a pretty good feel for terminology and the dynamics of the fetish, as well as the different personal styles/way said fetish can be explored. Look at blog posts - I know there are many clip artists who have written articles about financial domination and what it means to them.

If you aren't super in touch with your Domme side yet, it would probably be helpful to simply explore Female Domination as a whole. There are a million different resources for female domination, and once you feel more comfortable expressing your Domme self and deciding on your own personal style, it would probably be easier to incorporate and adapt financial domination into your relationship. After all, Female Domination is the foundation of most Fin Dommes' work, so exploring and learning and strengthening your foundational knowledge will be super helpful!

It's hard to exactly give advice on how to treat a submissive or what exactly they are looking for in the fetish, simply because every submissive is different. And every Domme has a different style. Some finsubs crave severe humiliation and want to be mocked as meanly as possible. Some finsubs want to be encouraged and treated more respectfully, without any humiliation at all. Some want to play games, others want to be "blackmailed" into sending money. Some want to pay a set limit every month, some want every penny to be drained out of their account. Some want to just fly-by tribute whenever they feel the urge, while others want to have their finances completely controlled, down to the very last penny. And some Dommes like being super cruel, demanding everything because their persona is a spoiled brat. Others use a sweeter, more sensual way of convincing. Just like every kinky person approaches their own personal fetish in a different way, it's the same with financial domination. So it's hard for me to think of any broad umbrella advice on that score when we don't really know the sub in question or the Domme style you will discover!
Toggle signature
:: Femdom Clips :: Twitter :: Fanclub ::