Hey, I'm somewhat new to Chaturbate and needing some advice! 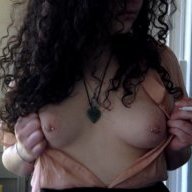 Hi, I've only been on Chaturbate for about 3 weeks, however I've been on pornhub and other sites before, so I know how some of the viewers/fans can be. Just yesterday a fan purchased four things from my Amazon wishlist. Don't get me wrong, I am incredibly grateful. They spent a total of $267.97! But I had never heard from this fan before, on any of my other website nor on Chaturbate and just suddenly bought four gifts and then requested i add him on Skype (i allow a free private show after i receive the gifts). I don't normally add fans on skype, but i felt like I needed to because he spent so much money.

I feel bad doubting him...but I just want to be sure a fan isn't just trying to get a free show from me right away and then cancel the gifts after me spending so much time with them(and i actually went out and bought a pair of shoes because he wanted me to).

I sent him the below message, but he never responded to what it said, he just said "u on"

"I can't do a full show until I receive the toys. I can do 20-30 minutes, a preview show. But I don't normally do shows until I receive the gifts and I can show the buyer me playing with them and how fun the toys are. I don't want to be rude, I'll do a preview show.But I cannot do a full performance until I receive the gifts, honey, it's my policy and I am already breaking it with agreeing to do a show on here. I hope you can understand, I am very grateful and I'm extremely excited to use the new toys with you being the first person who sees. Typically preview shows are just freestyle for me, similar to free viewing on chaturbate but i get nastier faster.

Has anyone ever had this happen? Am I just being too paranoid about this?
Any advice??
here are some screenshots from this situation... 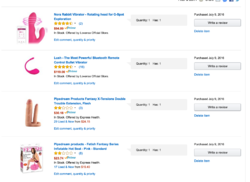 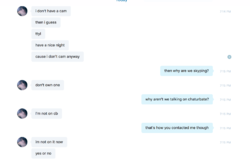 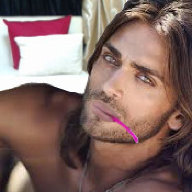 Surprised no models have answered you yet.

Smacks of a scam, and a very tired one at that. I wouldn't even do a 20-30 min preview show until everything shakes out.

But I'm not a model. And I have some real trust issues.
Toggle signature
Sarcasm I now see to be, in general, the language of the devil; for which reason I have long since as good as renounced it.​
Reactions: Hattypie and SaffronBurke 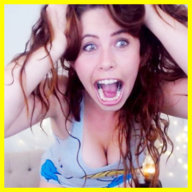 members can EASILY buy things on your wishlist then return them and they wont show as back on your wishlist. You can call amazon to check status. Don't do a preview show. Don't do shit till you get the toys.
Reactions: Hattypie, Luna Belle, SaffronBurke and 6 others 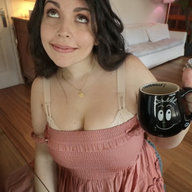 It might be a scam, or not, but you have no way to know. If he is legit you can explain the situation and he will understand.

If you want a piece of advice, avoid doing anything off site especially for payment other than tokens. It is so messy and there are so many variables it isnt worth it in my opinion. Especially with gifts and Skype.

Simplify your life, if you still want to offer an alternative to private shows that is safe and allows the member to pay a fixed amount up front, Chaturbate has the password feature. Offer password shows on the site in exchange for tokens only upfront.

If you still want to offer something in exchange for gifts tell them you will send them pictures or a short clip wearing/using the item. This gives you the excuse to wait until the gift actually arrives.

Dont do "preview" shows. You are not a chinese restaurant handing out samples. Your time has a lot of value.
Toggle signature
Onlyfans | Newsletter | Telegram | Twitter
Reactions: Luna Belle, cbook100, SaffronBurke and 4 others
B

Don't do preview shows!
(That's going to turn into a type of mantra)

But really is not a good idea and like someone mention before that is smelling like scam. The buyer can cancel/return the orders and you won't be notified.

Also even if was ok to do preview shows, a preview should be something short. 20-30 min is way too long even for normal skype shows. What I've seen is that most girls do a Skype show for 10min only, sometimes 15, but other experienced models can correct me in all the thug so said, please.

But if I was you I would NOT do preview shows in any way. Specially not this long.
Toggle signature
​
Reactions: SaffronBurke, sexyvanessa4u, MayaEden and 1 other person 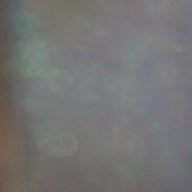 A preview is like 30 seconds to a minute. 30 minutes is MORE THAN a full show.

Don't do ANYTHING until gifts are in hand.
Reactions: Luna Belle, SaffronBurke, sexyvanessa4u and 2 others 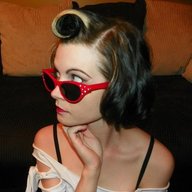 I just want to add that scammers don't even have to purchase the items then reverse charges or return them. They can easily click ONE BUTTON on each item that says that they purchased that item from another site. So it lists it as purchased, but they never had to drop a dime. Super easy for scammers.

And listen to @supermila. Don't give out a preview show. 20-30 minutes for free, essentially? Hell no. 20-30 minutes should be their reward show! You are worth more than giving out free time to potential scammers. Wait till you have items in-hand, then negotiate how long and what you'll do in the Skype.
Toggle signature
MFC profile 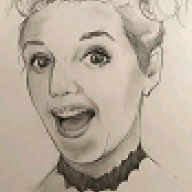 I have found that most members who actually buy you things that are legit don't ask for things in return. They are normally very happy when they do get things but they almost never ask me for things. In fact most of the time they don't even tell me they bought the thing. I normally find out about it when I am updating my lists or the item just arrives.

On the other hand people who say "hey Erin I bought you X,Y,Z off your wish list can I get a private/ what is your Skype name." or whatever are trying to scam me. I have a policy that I no longer do shows/ send videos for wish list items. I will offer them to the person if they have bought me something before or when the item arrives if I know who it is from or put it on my Twitter that I am willing to trade X gift cards for videos but other then that I just don't even offer it as an option. It say so in my Bio so when I have people who do the whole "hey I bought something off your wish list what is your Skype..." I can say "thank you so much but I don't give out my skype for gifts off my wish list. It says it in the link to my wish list."
Toggle signature
Avatar picture made by Oo_Yarrow_oO 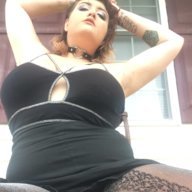 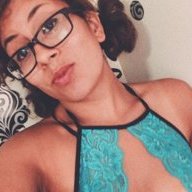 Good intuition. This recently happened to two friends of mine, they never received what was ordered off the wishlist. Be careful and cautious with your wishlists! 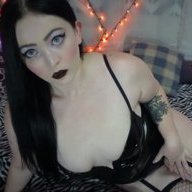 Don't do shit until those gifts are in your hand.
Seriously.
Guys that don't understand why we need our money or gifts up front are likely trying to scam.

Hi I need some help

Need some help for a painting show a tip menu

Text or images in "About me"?

New and Unsure What I'm doing!