Model not seeing chat or tips in room

You are using an out of date browser. It may not display this or other websites correctly.
You should upgrade or use an alternative browser.
B

I'm a knight in a model's room and she's been having a problem with chat not appearing in her room and tips not registering. When people chat in her room she doesn't see any of the chat appearing but the people in the room see it. When people tip it doesn't set her toy off and what they're tipping for from the tip menu doesn't appear as text either. She has taken a screenshot of what she is seeing and I've taken a screenshot of what I am seeing and none of the chat appears. This usually happens when she is broadcasting from her phone instead of her laptop and using Chrome browser instead of the Lovsense one, yesterday it happened for the first time while using her laptop.

Is this a common problem? When people are tipping and it's not going off she is not receiving the tips and not being able to see anyone talk is a big problem, sometimes rebooting helps, mostly it doesn't.
Sort by date Sort by votes 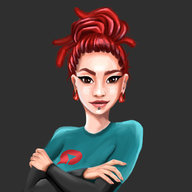 As far as I know, this can happen when the Internet connection is poor (for example, when using a VPN or an anonymizer) or if a model uses an outdated version of the browser.

If the problem persists (although I hope not), please ask your friend to contact me (at chloe@stripchat.com) with a little more information about her browser and Internet connection; we'll look for the cause together.
Upvote 0
Show hidden low quality content
You must log in or register to reply here.

Is StripChat on Drugs for Anyone Else Right now?