Hello!
I'm a model and i have been receiving my money using wire transfer from paxum to my bank account.
2 days ago i was announced by my bank which i've been using since 2018 that they are not accepting any adult related money and therefore my account is closed.
They announced me on 24th of december and i've made a wire from paxum on 18th.
I asked the bank and they told me that they disn't receive the money,because if they received, they allowed me to withdraw it even if the account is closed.
Now the question is.If they rejected ,the money will appear back in my paxum account?Have anybody experienced a reject and received theyir money back to paxum account?
thank you for your response! 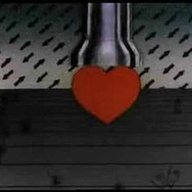 Were you able to fix this? is Paxum even legit? I'm kinda worried about paxum after reading the reviews. I dont know if I should order a paxum card or go with wire transfer but i have no idea if my bank account allows adult related money :/ and i dont think they even know. Now this got me scared
Show hidden low quality content

getting paid to Paxum from c4s

Cosmo vs Paxum for European Transfers