PC vs Mac + other tech 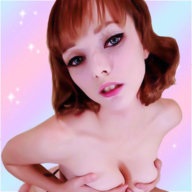 So I streamed a few nights ago for the first time in ages but I kept being told the quality was less than desired and it lost me a few good opportunities to earn quite a bit of tokens.

I know my internet connection was fine, so all I can think of is it has to do with the fact I am using a mac?

Does anyone know if MFC is better on PC/Mac? Also what are the best camera options out there for the best quality stream? I currently have a logitech and also a Canon EOS t6i though I have never used it to stream before.
Expand signature

I don't think it matters when it comes to PC or Mac for camming as to which does it better in terms of quality. It most has to do with if it's an older computer, or you may have a low spec system. If you can add ram, it might be worth it to max out your ram. While Macs are touted as being more secure than Windows, it might be worthwhile to do a full update and then do a system scan for any viruses or malware. Another model might have to speak up on if Safari works, or if you should switch to Chrome or Firefox.

There's a few camera threads on which one. Most models are using the c920, c930 or higher end logitech. I know some use digital cameras as well. But, I believe streaming puts a heavy load on them and may cause them to burn out faster. OBS has also had some issues a few nights ago IIRC.
Reactions: DFT and NoraSkyes
Show hidden low quality content