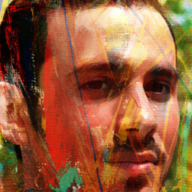 I think I'm going to stop meeting models. During the last months my activity on camsites was 50%: stripchat: have fun with community, tipping for song requests. That's ok and was not a problem. 50% doing calls with regulars. After some months, everygone went wrong. Actually first problem happened few months ago. I just passed, thinking it was just one case. Then I met new girls and everything was working more or less fine. Sometimes they said me toxic comments, but I'm always very clear with my intentions and I will not accept any toxic mood. Well, 1 model really made me confuse with feelings et all. Last weeks I realized that was not correct, not real when she said me "I love you". No way. I just stopped interacting with her. Then the other one that I spend sooo many hours speaking, on last weeks was saying coments like she don't like that I speak with other girls, and that she likes me, and she's getting jelous. Things went really weird. That doesn't makes sense to me. So I lost 2 regulars.

Then I met a new model last month, she told me something like I should not say that I'm doing calls with other models, and that she want to be the only want. We met just few hours before that. That was ridicolous, first I told her why she say that and being a bit angry with the situation. She mentioned I was boring. So, that's where I understood, everything is fantasy, just not real, they're not jelous, it's part of the experience on camming. Or at least, the experinece I had. And that's not good, at least, I'm honest and being myself when I met models. I'm not acting, I don't want to get in love, I'm not looking for any relationship, and I don't need any special attention. I just want to meet and have fun. So my conclusion is that what I'm looking for, is not models in private. I'm sure not all models do the same, but doing balance on my experinece, I had more failed interactions than successful ones.

I think I'll stay on SC for the fun thing, and that's all. I really lost the energy I had when I started on camsites.

BTW: I'm okay with everything, I'm not worried or disgusted with any camsite or model. It's not about them, it's about me, and the way I feel and manage everything. I have to take care of myself, if something's goes wrong, stop it asap. I'm happy with this forum, with some rooms on SC, and I'm okay dealing with my situation. 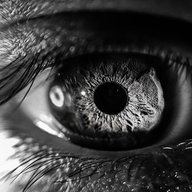 I'm gonna say you posted it on the right section, @ericlafayet.

I think that's very mature of you. If you ask me, the point of any form of entertainment, including adult entertainment, is to enjoy ourselves. If that's not what's happening, then it's best to try something different. And yeah, for some models it is important that their users become exclusive; it's part of their style/tactic/strategy/hussle. If you're exclusive, then all your tokens are for that model, and that model alone. Personally, I'm not up for that either. I belief, it's way more mentally healthier for me to visit different ones every once in a while. It's my way to not get too emotionally attached to any of them, and still have fun, and hopefully they also have a bit of fun with me as well. So I'm usually very clear that I visit different models, and if one says something about not liking that, I often make some sort of light and funny comment about us not being in an exclusive relationship. That's my case, but can't say I have it all figured out or anything like that 😉

Thanks for sharing sharing, Eric! Hope it keeps on being fun for you!
Reactions: Highlander884 and ericlafayet

I think it's time to leave the forum.

You guys are doing so good on this forum, thanks for your patience, keep posting, take care, and have fun.

G
A model seeking love and a future with a client? Or a manipulative romance scammer? One year anniversary! Ideas and impressions sought, please.

P
Percentage Models in a Studio Typically Get