Regarding VAT on OnlyFans

You are using an out of date browser. It may not display this or other websites correctly.
You should upgrade or use an alternative browser.
L

I'm a creator that isn't from the UK (from Israel)
Do I need to pay VAT on my OnlyFans income? 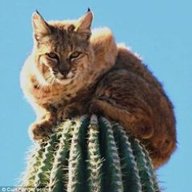 VAT is actually charged by OF to the customers, using the customer's country rate, and paid by OF to each gvt respectively.
It is not included in their payments to the creators. So, you aren't collecting this VAT yourself for your government and hence won't have to pay it, whatever is your country.


Just think that VAT is normally a tax that you are collecting for your government from your clients, it's not a tax on your revenues. If it's not clearly written "VAT=xxx€" with the details of the payment you receive from them, then you did not collect this and have nothing to pay.

I think that as a self employee, you also won't have to proceed to a "self-assessment of VAT" as they ask in some countries (declare a VAT not collectable in foreign countries and declare VAT unpaid... as a null operation ^^) even if you're declared as a commercial company, not doing it is not highly risked.
Toggle signature
We apologise for the fault in the subtitles.
Those responsible have been sacked.​
Show hidden low quality content
You must log in or register to reply here.

Only Fans - The road to money is paved with sexy bodies