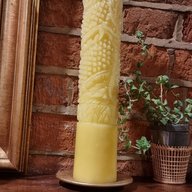 I have Dorothy's ultra fembot set up and and few others. Saw the message to switch to new app system anyone done this will I use my Dorothy app and have to do a whole new one? I had a quick browse and wasn't sure what to do and a bit confused on new set up so think I'm gonna stick with what I have.
What's everyone else done?
Sort by date Sort by votes 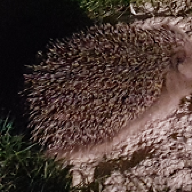 First, there's no urge to use the new app system, and your Dorothy will work just fine for some more time...
Second... we, App developper, are working on the new App system to provide you, users, the best apps...

Mandrawhore Ultimate App is currently opened to testing.
The more feedback i will receive, the more accurate it will be to answer YOUR need.
Upvote 0 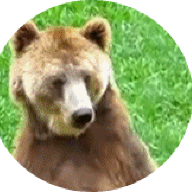 Saffronmodel said:
I have Dorothy's ultra fembot set up and and few others. Saw the message to switch to new app system anyone done this will I use my Dorothy app and have to do a whole new one? I had a quick browse and wasn't sure what to do and a bit confused on new set up so think I'm gonna stick with what I have.
What's everyone else done?
Click to expand...

Hi. CB's new framework and API provides the end-user with 1 benefit, a persistent database. It is now possible for coders to store data (lots of garbage data) and recall that data when you use their app/bot. This data could be your ticket holder lists, how many times you loaded the bot, what day of the year you made the most money, etc! From a Model's perspective, using apps/bots in either the new framework or the 'legacy' framework will feel about the same. From a developers perspective, the new framework and API brings some limits. Dynamic interfaces built from code are no longer possible, something I have used to great effect and less waste in my projects. The new callback (timer) is limited to 10 second minimum, making implemented clocks or accurate 1 second update timers a thing of the past. From an amateur developers perspective, the new framework allows for an easier and more cohesive experience from start to finish (they kind of walk your though it, and interface creation is dumbed way down). Due to how easy they are making it to get started, I think you'll see a lot of new projects (and those "developers" porting, re-porting, and re-re-porting opensource projects) brought into the new framework rather quickly. Just keep in mind that any code released over the past 11 years [for the legacy framework] may not be portable.

The largest concern among the community developers I have spoken with is if CB turns off the 'legacy' framework or directs all future projects into the new system! No one knows yet what their plans are, because in typical CB fashion, they released the update without talking about it, discussing it, or asking their community of award nominated developers for feedback!

My 3.6 year long project, Synergy (all-in-1-app) can not be ported due to the new limitations. 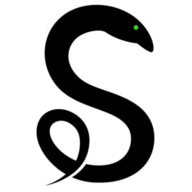 Legacy apps still run, but they can be updated only up to a size of about 1 MB, as CB replied to a support request. This looks quite significant to me. I will get to that later.

Many differences between legacy and new app system will affect developers and models. The API changed, some features are new, some are dropped, everything is renamed, there is a new IDE, the new system had many bugs, apparently the most serious bugs are fixed, but of all the changes, I think the core change is the life cycle of data created by apps.

A legacy app is one chunk of JavaScript code. It starts, it creates static data structures, and it creates and registers event handlers which will be called upon user actions like tipping ot typing. The event handlers access that static data, and that can be quite useful. For example, top tipper lists or goal apps obviously rely on static data, updated upon every tip. The static data can hold any JavaScript structures, which makes is quite easy to use, and it stays alive as long as the app keeps running, typically during the broadcast session plus one hour. Next day the app cannot remember anything.

The new app system also calls event handers, but they cannot access static data. All JavaScript structures are lost after a few milliseconds, at the end of the event. Instead, apps can access a simple database called KV which stores Values identified by Keys. Apps can store such values and retrieve them later, and they are stored forever, not just while the app keeps running. That is more powerful, but also causes more work for developers. Static JavaScript structures are easy to use, and now developers must emulate such structures using the rather restricted interface to KV.

For CB, dropping static data probably has one big advantage: Apart from KV, apps no longer occupy resources like memory except while an app actually handles an event. I think that makes it easier for CB to cut down costs and optimize the app system.

And that’s why I think the new update restriction is significant. For me it looks like CB wants developers to use the new app system because it cuts costs and simplifies the life of the CB developers, not of app developers. I think they are looking forward to the day at which they bury the last legacy app and get rid of all their problems with the legacy app system.

The new app system contains some promising changes. KV is a game changer. CB fixed the most serious bugs I reported. Still, several minor bugs need ot be fixed, and it looks like there are some serious bugs which I did not report. Well, they are only humans, more precisely: Freshly hired junior programmers. They do what they can, they improve a lot, and they will make the new app system succeed.

For now I still recommend using the legacy apps, except for models who feel happy when getting a few surprises for free.
Last edited: Jun 16, 2022
Reactions: cexmental
Upvote 0

That Chaturbate staff answered our prayers!

Though being mortal, we are blessed by 𝖙𝖍𝖊𝖒 confirming that one particularly annoying change in the new app system is not intended but considered a defect. 𝕿𝖍𝖊𝖞 will repair it, once 𝖙𝖍𝖊𝖞 found the cause of the defect.

The bug causes event handlers to be skipped: When a message is marked as spam, the app system no longer calls the event handler that can process the message and cause other actions, for example, execute commands.

Much more important than the bug is the fact that Chaturbate communicates. They notice that we developers exist, they read our comments, at least some of them, and they answer, at least sometimes.

Seeing that, I am much more optimistic about the future of the new app system. I still do not recommend using it now, but I expect that soon it becomes reliable enough for productive use. And then the new features will cause many models to switch.
Upvote 0

I had written some apps just to point out bugs, and they used these apps and fixed most of the bugs.

While not yet being bug free, the current version works well in most situation, and carefully written apps can handle the remaining problems.

Chaturbate keeps working on it, releasing a new version every other week. I keep checking for bugs, and I still can provoke some bugs within a few seconds, but except for very busy rooms, chances are that a reasonably written app will run well now.
Upvote 0
Show hidden low quality content
You must log in or register to reply here.

How to set and control a timer?