You are using an out of date browser. It may not display this or other websites correctly.
You should upgrade or use an alternative browser.
H

Thanks.
Sort by date Sort by votes
B

It just means that they've set up a password required to enter their room. If you look under your setup for Cb, then you'll see where to change the setting. I and many other users do this to limit access only to people we want to view our room/cam when it's on. You don't see that much with models since they obviously want traffic to their rooms. Some people broadcasting part-time may.
Reactions: AlessandraHart, anabeauty37 and helpmetobeverified
Upvote 0
H

Thank you for this. Does it require an specific tip to get the password? If so, how do you do it if the viewer can’t enter the room?
Upvote 0
T

It's just a normal password, you know it if they tell you. And if they are offline all that is behind the password is their profile page
Upvote 0
M

Usually this seems to be for "broadcasters" that do more C2C. They are really only going to give you the password if they meet you in someone else room and for some reason decide they like you. I know there are broadcasters that broadcast without faces and/or masks on and advertise that they are looking for C2C and they talk to others and if they like you they share passwords. I don't believe generally they doing it for tips, they are doing it to talk and interact with another couple while both of them are nude and/or having sex on camera. Ie virtual same room swinging, where neither swaps.
Reactions: AlessandraHart and helpmetobeverified
Upvote 0 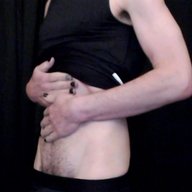 The model could have left their room setup this way after doing a paid password show, or maybe just taking a break from CB. One model I know was very active and she announced a break and put a password on her room while she's away. While the room is locked she can mess with her profile without anyone seeing what's going on.
Reactions: AlessandraHart, helpmetobeverified, Brett M and 1 other person
Upvote 0 She probably set a password after having a 2c2 with someone. Maybe she forgot to change back.

The password feature can be used in quite a few different ways. I've seen some models who, after reaching their room goal, will start a password show instead of a ticket show. They have to privately message the password to all of the viewers who have gained access to the show.

A lot of broadcasters will use the password feature to test out their stream without an audience. They want to see how their stream looks and sounds, but they aren't ready to start their public stream yet.

A lot of members/viewers will keep passwords on their room for the privacy factor, especially when they are tipping a model for C2C, so that only the broadcaster who has been tipped to view their cam is able to enter their room, instead of random spectators.

Some members prefer password shows over the typical private show structure (maybe they don't like feeling rushed by seeing their token balance steadily decreasing while in a private show) so some models will sell password shows - usually at a high price, because putting a password on your room removes you from the homepage and makes your room unable to be found by any other users browsing the site.

Lastly, I think on CB (compared to other cam sites) it is a lot more common for some models to visit and interact in the chat room's of their other model friends. I've heard it can be good etiquette for model A to put a password on her room, while visiting model B's room; so that when viewers get curious about who this other model chatting in model B's room is, they are unable to go to model A's room and follow her while they are watching model B's show. Of course, they could just note model A's username and go follow her later, when the password is taken off. I have noticed there is a good community feel among models on CB, so usually if model A comes into model B's room (and they are friendly with each other), model B will encourage her viewers to go follow and support model A as well, which makes putting a password on model A's room kind of pointless in this situation, but I do understand the reasoning behind it!

There are probably more reasons I haven't listed here, like what blayze_noir said, they could just be taking a break and want their page to appear as if it's "closed," for whatever reason.

Hope this all made sense!
Reactions: AlessandraHart, helpmetobeverified, Brett M and 1 other person
Upvote 0
H

Thanks everyone for enlightening me with this. It’s now clear to me. I know I have no right to push the broadcaster to give me the password because definitely or might be he/she just wants to talk to specific person not to everyone/others. One thing I have to do is to give respect for the decision of what the broadcaster made and acknowledge the fact that I’m not the best person to listen/talk/cam to. Again, many thanks!

Z
Stolen member account. Please help if you can.