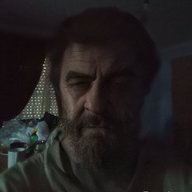 Hello, a few months ago they banned my chaturbate account, the username was elegion I chose the problem was that I sent the edited identity verification photos after a few days I asked for the removal I promised that I would never again send more photos of identity verification and They knocked me out until there, everything was fine. After a while, I sent another support, not on that topic, but to give suggestions to improve the page, such as doing the automatic identity verification, but not for me for other models, and they replied that my account had been banned. I know I made a mistake but not twice they banned me for an error now yesterday I created another account username sethgamblexxx and when buying tokens automatically I was also banned I just wanted to give tokens to my favorite models so the only thing I ask if not me They are going to unban the accounts that for me are banned by mistake unless they return the money I feel cheated I publish this here because they do not answer the support bearing neither
Sort by date Sort by votes
G

If you submitted an doctored i.d then you have no come back. They are well within their rights to kick you from the service.

I've seen a page in google somewhere that stated that Chaturbate uses a support AI "keyword i.d system" for replies. Hence all the bot replies they send out.
Upvote 0

elegion said:
I need my money back so this is a robbery
Click to expand...