Recentley I've been seeing streams of someone on twitch who plays gta v rp. And boy is that game intense! To say people who play that mode of the game take it seriously would be the understatement of the year. The other day I posted on the gta forum about how I think it should become an official part of the game for gta 6 & someome replied & said not that many people play rp. But I can really see this kinda thing taking off within the next 5-10 years. Especially with advancement in vr technology. Not sure how many of you have seen the latest series of black mirror, but I really think rp games & vr will combine to be a big force in gaming in the years to come. Maybe not exactly in the way that was shown on black mirror, but I can definately see at least some similar stuff to those episodes happening with rp & vr in the future.

Of course that all sounds really exciting, but I can also see how that kinda thing can fuck with people's lives. More than ever before people will have temptations outside of their day to day lives. People who are unhappy in their marriages, with their partners will get tempted to escape reality & dive into the world of rp & vr. And of course we'll once again have the age old debate of wether or not it's considered cheating. Except this time the experiences will be more real than ever before & therefor people who are unfaithful via rp & vr methods in the future will find it more & more difficult to argue that it's just a game & not real. 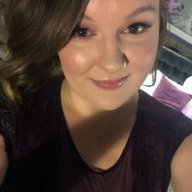 I GTA RP. I fucking love it tbh. The key to RP though (and this is NO different than camming imo - as camgirls, we sell an RP experience/fantasy) is setting boundaries, sticking to them and being upfront and honest with anyone you do relationship RP with. But honestly, relationship RP (which is what I'm assuming you're referring to, and I'm pretty positive it may have been my Twitch channel you were watching because I tend to get heavy into the RP) is like a small percentage of what goes on in most RP servers. Its mostly gang shit and stupidity lol.
Expand signature
My MFC Profile
Follow My Twitter
Reactions: sahi, AudriTwo, DJ_Pioneer and 1 other person
Show hidden low quality content