Language game for the global world of camming 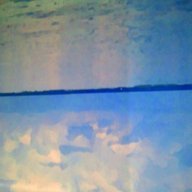 Although I don't wish to resurrect the content matter because it was getting oddly negative and rightfully the thread got locked, since the thread was locked, I couldn't reply to people who tried to play my language game with the little fun I was poking at the situation.

Maybe I'll try to make a new riddle with a paragraph on happy stuff, or camming- although to be honest I do not know words that are relevant to the cam word in many languages!

But to just honor those who made some attempts:

No, lol, none of it was actually Greek, although I did consider including a Greek line. I only know a few words, and of course it's another one that would benefit from time spent in different alphabet mode, which takes forever!


BufordT gave this shot, and while quite a few were correct, a few were not:


DanEpstein clearly knew some of it, but did not specifically name #8, which I think he may know the answer to, so the answer to that one is still out there.

The thread was locked before anyone else got to give it a try, but if it is not against forum rules to do so, I would be happy to keep the game going for anyone who wants to make new guesses. I am assuming this is ok, because the game had nothing to do with the thread topic and I assume has nothing to do with the reason it was locked. But if it is a problem, I can certainly make up a new language game with no references to other threads. There are a few more languages I know a bit of that I could include in a new game.

Just a silly thing I did because I was up late last night. And it's nice to see what languages are spoken in our cam community, both among models and among members. I know my room attracts a lot of guys from countries around the world, and it's fun sometimes to try to respond in their native language or to talk about their country if I've been there. The cam world is an oddly global community, even though the site that I'm on, CB, is mostly conducted in English and Spanish. It's nice when we all get a chance to learn a bit more about cultures we're not a part of.

And, cam models: in my experience, it also helps to bring in tips and earn new regulars to know about the languages and places customers come from!

Best to all of you! In peace/Shalom/Selam/Salaam/Paz/Paix/Santi/Mir/Jam/etc....
Last edited: Apr 17, 2018
Show hidden low quality content

Where can I find the CB Terms & Services in other languages?