Adventures in offsite payment(and why its a bad idea) 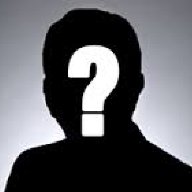 Alright, let me preface this story with a disclaimer that i have been around long enough to know that what i did was not smart, but i did it anyway. Kinda the story of my life.

I recently met a new model on cams .com, and struck up a conversation. She was fun to talk to, but almost immediately started complaining about the cut the site took when she did a private, so she was throwing out her skype name left and right(red flag #1) I told her I wasn't on a device that had skype installed, but i would look her up later and we went back to talking about what I was hoping to see in a show. FYI, it was buttstuff. She said she hadn't ever done it before, but she and her boyfriend had been considering giving it a go, so I was intrigued. I log off and a couple hours later when I'm on a PC, i add her on skype and sometime that day she messages me and i refresh her memory who i was and what i suggested. She gave me a price, and where to send the money on paypal( I know, I know, red flag #2) i send the money, and we're chatting as shes waiting for it to go through. She gets it, and says give them a minute and she'll call.

Radio silence. Fuck me, right? I write it off as "should have known better" and sit around being pissed at myself, and her for the rest of the day.

Fast forward a couple days, and lo and behold, look whos back on cam.
I go into her room, assuming I'll get banned right off the bat, because that's what a smart scammer would do, right? Nope, i go in and am greeted with a Hi . Dumbass doesn't even remember I'm someone she fucked over. So I switch over to skype and she gives me another fucking smiley face, like the clues to who i am aren't right there in black and white now. I ask if I'm going to get the show i paid for already, and boom, radio silence again. So I say " fuck it, if you ever want to own up to this, you know where to find me" and go to bed.

Fast forward another week( yes, I'm dumb enough to keep coming back) and there she is on cam again, and guess what my dumb ass does? I go in her room again. I get the smiley face hello yet again, and i start questioning whether or not her parents are brother and sister. I remind her who I am again, and somehow we get back on good terms, I don't really remember how they pulled that off.

So off to skype we go, and I apologize for telling them to fuck off, she apologizes for all her shit, and i think I'm finally going to get something for what I paid. Not the original agreed upon show, but I'm just looking to not be completely out the money.

She starts going on about how the owe me a hell of a show, and they'll give me discounted shows until we're square. I think to myself shes dumber than i thought if she thinks I'm coming back again after this, but as I write this story, I realize I probably am dumb enough to do just that.

I misunderstood her ramblings, and it turns out she wanted to give me a discounted show right then(as in, give her more fucking money right now) At this point, I decide I'm definitely out the money, and ignore her. She then gave a long reply about how they're broke and the powers about to get shut off. Dunno if that was true, kinda hope it was. 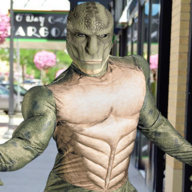 It sucks to get scammed; but you really shouldn't go back. Put them on your ignore list, move on. 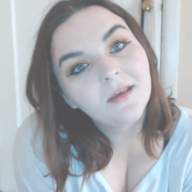