Male model here. I'm new to camming and I just sent my first batch of DMCA notices. I've been sending them myself because I don't want to shell out for expensive services like cammodelprotection.com. Bots have recorded all of my public shows, and they're ended up on sites like upstore.net.

I'm finding sending DMCAs to be super tedious. I google my username, follow links to shady pirate sites, cut and paste the links into emails, send the emails, then check the sites later to see if my videos are still there. It takes forever and it's a giant PITA.

This process is so mechanical that I'm surprised there aren't apps that can do the dirty work for you (e.g. keeping a list of links, automatically sending notices, and tracking the status of the pirated videos).

Has anyone been able to find an app (web or desktop) that can help with any of this?

http://dmcasender.com/ is the kind of app I'm talking about, but it's intended for other kinds of pirated content, not cam shows. Nonetheless, has anyone used it? What's your experience been?
Last edited: Jan 24, 2016 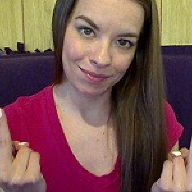 First: Stop sending DMCAs yourself. They log and keep and even publish any info you put in those and it's a safety risk.

Second: What site are you on? Many offer DMCA services for you.

Third: Any site that does some of the work for you (app or not) is gonna be expensive. Some find it worth it, some dont. But it's gonna cost you.

Fourth: Upstore is non DMCA compliant and very few have been able to get videos down from there. Ever.
Toggle signature
I wish I was a little bit shorter
I wish I was a hoarder
I wish there was a bed made of cats I could order​
M

Teagan said:
First: Stop sending DMCAs yourself. They log and keep and even publish any info you put in those and it's a safety risk.
Click to expand...

That's good advice. I know that any DMCAs I send can be made publicly available. I've been following advice I saw on this site: http://www.camgirl-nation.com/stealing-content-understanding-dcma/

Namely, I send the notices using a fake name and address, with an anonymous phone number that can't be traced to me (http://hushed.com/), and an email I've set up just for camming.


Teagan said:
Second: What site are you on? Many offer DMCA services for you.
Click to expand...

I'm on Chaturbate. I've emailed them twice, months ago, and they've done absolutely nothing to help get the videos taken down. I think that's shitty of them, honestly. I've been helping them make money; they should help to protect me.

Teagan said:
Third: Any site that does some of the work for you (app or not) is gonna be expensive. Some find it worth it, some dont. But it's gonna cost you.
Click to expand...

Yeah, sites that use manual labor (e.g. real people) to send the takedowns are obviously going to be expensive. My point above is that so much of the work involved is so tedious that a well written computer program (app) should really be able to do most of it. Humans are expensive; apps are cheap. I'm asking whether apps exist to send the notices.

(When I'm not camming I work as a programmer. If it's true that no software exists to do this, I might write some myself. A chrome browser extension could probably do the job.)


Teagan said:
Fourth: Upstore is non DMCA compliant and very few have been able to get videos down from there. Ever.
Click to expand...

Yeah, it's starting to look this way. What's sad is that if upstore were stealing from big movie studios with legal departments, the studios probably find a way to shut them down. Studios have lots of power. Upstore's picking on cam performers, and individually we don't have much sway. Is there any way we can band together and fight them as a community? Has anyone ever proposed a class action lawsuit or something?
Show hidden low quality content

A
In need of urgent help (please!!)

A
(Hopefully last) questions I have about Chaturbate!!

No Response After Reporting Bot That Records Models