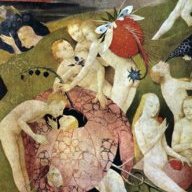 I have this one friend who is sweet and amazing and contributes a bit to the conversation, but much more in tips. Now, I'm definitely not complaining, but sometimes it feels like other people won't get involved because he's dominating them.

My concern is not about how many tokens I make, but more that he's taking the satisfaction away from other people. When I'm trying to get people engaged in a conversation, instead of chatting, he'll yellow wall. It feels like all that energy I spent trying to get people involved is erased. And then people are still quiet. When someone else is trying to get me excited with their tips, he will top them. I thank everyone for their tips so by saying this particular member's name so much, I worry that maybe the other guy is thinking "wtf. this guy is stealing my thunder" It's like he doesn't want to share me.

When new people chime in, I give them attention but I wonder if maybe this one guy is holding me back from getting to know other people better. I can't just say "thank you but please stop tipping me at the wrong time." I do alright so right now my focus is getting new regulars and followers rather than making the most tokens.
It's not a huge deal but I'm sure it's happened to you guys and I'm just curious what you've concluded about it.

Does this happen to you guys? How do you handle it? ​

i would politely ask him to cool it on out tipping other guys. you appreciate the tips, but it's getting a bit rude to the other members. or maybe ask for a compromise, see if he can wait a few minutes after someone tips for them to tip.
Toggle signature 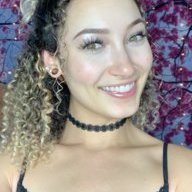 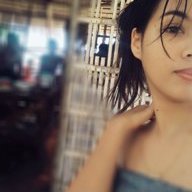 That's great he actually shows he wants your attention by tipping, and to me there is nothing wrong with that. I understand there are other potential guest that can also be tipping or probably someone you'd be getting to know.
I had guest like these and sometimes I flat out say, "stop tipping! let the others have a chance to tip." Sometimes it works, but if it doesn't you can still earn, which is great, but if you are on cam to have fun and chat with guest I can see where that awkward feeling you want him to give way to other guest too.
Another thing you can do to a potential guest, is to tell them to ignore him (in pm), that way he will be invisible to them, and attention should be back to you.
Reactions: LillyAllaire

_pilya_ said:
I had guest like these and sometimes I flat out say, "stop tipping! let the others have a chance to tip."
Click to expand...

Thanks! I think I'll just try to be more playful about it!

AudriTwo said:
i would politely ask him to cool it on out tipping other guys. you appreciate the tips, but it's getting a bit rude to the other members. or maybe ask for a compromise, see if he can wait a few minutes after someone tips for them to tip.
Click to expand...

Yes, I think I might need to have a talk with him. I think he's a bit fragile so I'm afraid lol 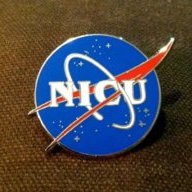 This is one of my biggest fears when trying to be a part of a chat room. I don't think I was ever trying to be better than anyone and I would really hate to damage the vibe of the room.

Maybe ask him to tip private, hidden, silent, and model only, if it is MFC? It looks like this:

Member can vary tip amounts and words. I guess as long as you don't ignore him, it might become some sort of chat room bond between you two. Sometimes the tips don't affect the countdown which can be a problem if the member wants the countdown to change with the tips. Hopefully his ego isn't so fragile that he wouldn't mind being a part of a suggestion (any suggestion, really).

I do it but no one asked. I just tip for the moment. Sometimes I switch it up and tip public but a lot of the time my tipping is based on how I interpret the room vibe (which may be totally off, but, if I tip as mentioned above, no members get butt hurt, the model doesn't feel bad, and I can always change it up and do public too if things are going well).
Last edited: Nov 4, 2017

n_i_c_u said:
This is one of my biggest fears when trying to be a part of a chat room
Click to expand...

Aw that's so sweet. I hope other members are as considerate. I know the guy in question is really new at this so I'm gonna give him some time to figure out the culture. Thank you so much! It's nice to have input from the other side of the screen xo! 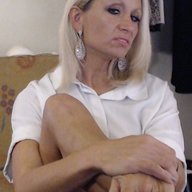 Yes, I had one that whenever another guy would compliment me, he'd say something like "Well, why don't you tip her then?" I think it scared a lot of guys off. I had to give him a nice talking-to. He was nice and meant well, and I don't think he realized he was doing anything wrong. Haven't seen him in a while though.
Toggle signature
Twitter @sexyvanessa4u 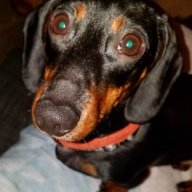 n_i_c_u do you know if there is a,way to do similar private tips on CB? I have a friend that's a newbie model and already she has one guy that is there for every show and dominates the room. If that is an option on CB I would,like to tell her. Thanks in advance.

sexyvanessa4u said:
Yes, I had one that whenever another guy would compliment me, he'd say something like "Well, why don't you tip her then?" I think it scared a lot of guys off. I had to give him a nice talking-to. He was nice and meant well, and I don't think he realized he was doing anything wrong. Haven't seen him in a while though.
Click to expand...

Hi - first post from me. Just to say to start with, I am not a model, nor have I ever been and never will be.
I am a long time member on Chaturbate (September 2016) - been through multiple accounts (not for any bad reasons - I can expand on this if needed/wanted), tipper and moderator for model(s) - not the type who goes round wanting to be one, I prefer not to be one.

As a member, I have an opinion on this type of user AND the all important moderators who also do it. There is almost nothing worse than a Broadcaster/Model or Mod jumping on you as soon as you come into the room, saying "tip tip tip". That's very off putting. Then having the regular users in that room doing it too, it's overwhelming with frustration. If I can tip and want to I will happily do it. Usually I will always start with a "Hi, how are you? You look [insert compliment]". But then to instantly have someone/anyone say that magic word or phrase "tip".

The moderators doing this is the worst though, for me at least. What makes it worse with the mods doing it, is the models see it, but do nothing about it. There is a room I go to regularly, me and the model USED TO chat and laugh in general/public chat, but then one of her mods would always do this (say tip tip tip and constantly call you/me "freeloader") AND worse, because I was talking to her (laughing, complimenting and her enjoying it joking back etc) so much, this particular mod silences me, and now ALWAYS silences me as soon as I go in the room and talk (literally as soon as I say "hello". The model would always send me a "hi PM" and we'd continue with laughs and chat in there too, and she'd like the fact that - despite not being able to tip, I was talking to her (no one else INCLUDING her mods rarely talk, unless it's to say "tip" or "follow"). Sadly, I told her and tried discussing with her because she would always be surprised when he would silence me, but then she never seemed to do anything about it with him and so now, sadly, I never go there - I will look sometimes as a guest and if he is not there I will then login and go to her room. I have noticed it seems to be the older guys as mods who are aggressive in this way for tipping and silencing you because you're unable to tip (I NEVER asked her for anything. I never demanding anything. I would help her with advice, tips (not token kind haha) - which she appreciated. But now all her room is =, is a wall full of "bots" (literal apps/bots, not spam ones - just showing her tip menu etc). She used to have plenty of room 200 but now she barely gets 30 each day.


Sorry, long post haha.
But I feel a lot of models are too nervous/scared to talk with their mods - it shouldn't matter if they have tipped you millions in the past/present, it's your needs that are important.
Toggle signature
Pi Network is a new digital currency. With over 10 MILLION USERS. Don't miss out!
To join Pi, follow my referral link https://minepi.com/brettm87 and use my username (brettm87) as your invitation code.
Happy mining.
Reactions: sexyvanessa4u
Show hidden low quality content

A
Responding to mental health problems in chat

Ask-a-Model! Today at 8:17 AM
jdagain
J
A
Is it normal for traffic to decline once new tag is gone?

Chaturbate Friday at 10:04 AM
alexiscutie
A

Models, what is your ideal room size?

New and Unsure What I'm doing!

What do u do when you start your show? / Newbie doing sth wrong