Second day on cam with no tokens so far. I'm worried; Please help me out. 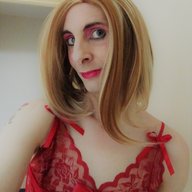 This week I was verified to start performing on Chaturbate and earlier today was my second day streaming. I was on from 10:30pm to 2:30am US EST.

In the spirit of honesty to you all, I'm feeling very distraught and anxious about not receiving a single token so far. I was not expecting a large amount but even something would have meant validation to me.

I'm in the Trans category and I know that the majority of models there are true TS with the body to match. From what I've seen over the last few months of watching this category closely and daily, there are very few of us who are basically 'guys dressed as girls' but of the 3 that I've watched, they consistently do well in veiwer numbers and tips.

I've taken alot of consideration and effort into piecing together a show that I felt would be appealing. I use the top 3; good camera, good lighting, good internet. I wear quality makeup, a variety of different outfits that show I've made an effort to dress for the occasion, and I've dressed my cam space up with soft feminine colours too. My idea was to create a look and feel that is attractive and welcoming. I responded to everyone and was mindful to be hospitable and ask about their day, are they enjoying the view, is there anything in particular they would like to see.

My whole aim and feel of my show is that I'm there to entertain and do what I'm asked but I honestly feel like I do not have that much of a variety of tricks to perform other than full frontal or butt to the camera and spread. I don't do anal because I physically can't but I don't think that its really expected because its very rare from what I've seen in my category. I wasn't originally going to use a Tip Menu during my New tag because I had planned on seeing what range of tips I received and what people ask for and then basing it on that, but after today I think I will set up at least a basic one. If anyone has suggestions for this I would really appreciate it.

I completely understand that it takes time to build a following, but I also realise the importance of the New tag and am worried that if things to do not pick up for me during my honeymoon period that I will be eternally buried on a back page.

So what I'm asking is this;

Is it typical for a room to be as quiet as mine has been and I need to just breathe and let it happen in time?

I have around 50 followers but are they actual followers or does Chaturbate's system count viewers as followers?

What else can I do to hold viewers attention and entice them to tip?

My age is set to my real age of 39 but I don't know weather this is off putting for the majority of viewers and I should set it lower to match my appearance?

If you want to take a look at my CB Bio - the same name as here but with a lowercase b, is there anything I should change?

I'm sorry if what I'm asking has been covered before but I'm new at this. I've put so much time and thought and cost into setting up in order to make it work, and after today I'm beginning to ask myself what am I doing wrong? What if I've wasted all this effort on something that doesn't take off?

I feel really anxious and maybe naive that I've made some huge error in judgement over what my market value in this would be, but I would not have gotten as invested as I have had I not seen other similar models to myself do well.

You all seem very supportive of each other here and I do not have anyone else I can ask or talk to about this. Any words of wisdom, encouragement, advice, or support would go a long way for me at this stage.
Reactions: AudriTwo, EliMarie717, AlexaCrush and 2 others 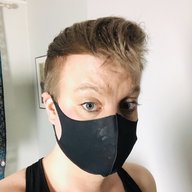 It can be rough and some days are harder then others. Stick with it and do not give up.

Rooms can be quiet so just breath. Some people are successful right of the bat and others have to grind and stay with it to build up an audience and regulars who tip.

Followers are people who choose to subscribe on their own.

There is a place for every agegroup on CB so your age should not be an issue. Sure the 18-year olds are generally more popular but success can be found everywhere.

You can try playing games to hold their attention, be chatty, focus on your strengths.

Branch out and do clips on sites like manyvids to build a following, be active on twitter etc. Putt your eggs in several baskets.

The more work you put into it the more you will get out. Be patient and believe in yourself

Expand signature
Visit my home
Sign up for adult webhosting at vicetemple with my affiliate link to support me.
ChaturCB​
Reactions: AudriTwo, Astrid_squirts420, DFT and 2 others 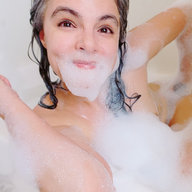 Viewers are the people currently in your room watching you live. Followers are people who click Follow so they basically book mark you so they know when you’re on. The New tag is not as important on CB as it is on other sites, so don’t stress and feel like this first week is make or break! Yes, there are some people who skyrocket their first week but the vast majority of us start off rather slow and get there through crazy perseverance. If you stick with it it will happen, but it’s a marathon and not a sprint!

Try your age at a younger setting if you look like it and it’s stressing you out. Or get rid of it entirely. And I know Trans is its own niche but check out some other rooms too for ideas, male and female and trans, because we’re all working with the same tool set so even if your show is very different from them, you might discover bots, show formats, camera placement or even banter styles that you can draw inspiration from.

Definitely have a tip menu- users need to know what their options are. Try some low goals. Definitely try a game like spin the dice or token keno- gambling is just as addictive as porn and together they work really well. It’s a good time to experiment with things. You might not hit your Goals for a while too and that’s okay. You can do something unusual on cam to make your thumbnail stand out and keep yourself entertained too. Oil show, shower show- hell, cover yourself in frosting or spaghetti or something if you want to get weird. Just- take a deep breath, get yourself your favorite caffeinated drink, and try to have some fun with it. You’ll get there!
Reactions: AudriTwo, Mila_, Astrid_squirts420 and 1 other person

Thankyou so much for the advice, I'll try what you suggested. I do enjoy myself when I'm on and I find it to be alot of fun. The idea of using messy food fits well with the type of thing I would enjoy and would make for a unique show. If i can stand out and be memorable in a positive way and have veiwers think 'wow that's new, what else are they going to come up with?" that would be great. I'm definately not giving up any time soon and I've prepared myself for the long haul. I'm taking it each day as it comes and tweak it as needed.
Reactions: AudriTwo, EliMarie717 and Astrid_squirts420 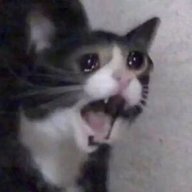 Patience and consistency! Camming (and commission based jobs in general) can be a rollercoaster. You're just starting out so keep being yourself & plugging away at your chosen time slot and eventually you will build a following.

Having a good preview image is everything on CB- try looking cute or dancing so that the capture looks good on the home screen.

Having a tip menu of things you are comfortable with is really helpful - you decide what you like to do on cam, and how much your time is worth. You can take a look at similar performers to see what the popular items are, but customize it to you. and get the tokens up front always

Don't let viewers take advantage or play director just because you're new. The biggest scam I see people trying to pull on newbies is promising tokens after a show/request is performed.

If its quiet, try greeting users who enter your chat (Settings > Notify on Entry for > Users with Tokens) , listen to music, or pop a small screen open to check the forum, twitter, etc. Or just start talking, like, to no one about an article you're reading, what you did that day etc.

You can leave your age off your profile, I do and it hasn't hurt me any

Confidence, patience, and control, you got this!
Expand signature

To update, I had my third show and made a very small amount and gained another 37 followers so I take that as progress. I'm always very conscious of my preview and try to keep it appealing. I had a tip menu and will change it as needed. I hav'nt been promised tokens for anything yet but I did have someone tip 25 with a note asking for something I wasn't comfortable with and when said I couldn't but maybe they can ask for something else, they left.

I'm always friendly and welcoming to all users, grey and coloured. Mainly because I need all the following I can get. My room is quiet and I average 10 - 20 veiwers and it passes time alot quicker if people are actually chatting to me. Greys chat to me, colours don't - they'll usually watch for a few minutes and then leave. The few who did tip me just randomly started tipping and I asked if there's anything they'd like to see, but then they leave. If a coloured veiwer comes in I'll make an extra effort to capture their attention but they don't chat.

My self-confidence with it has improved too, and I'm actually surprised at myself for being unaffected by the few trolls who have try to throw me off track. I just be sarcasticlly over-sweet to them and let it go before I kick them, and this is all mostly for showing off to everyone else to give them a laugh. And honestly, to me anyone who goes onto a cam site just to be mean to people must be dealing with some pretty deep-seated insecurities about themselves anyway. At least I'm building something for myself and trying to gain some independence in my life.
Reactions: Luminus55, Aiden Peach, AudriTwo and 4 others
Show hidden low quality content