Sexting services and rate set up 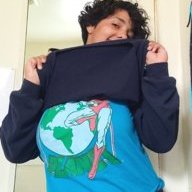 Looking for any models that use a sexting service like our little secret? I came across an ad for an old promotion they did with Boleyn models. Anywho...I was just wondering about the pros and cons of working with such services and what the standard rate is ($/text)?
Reactions: OohOlivia 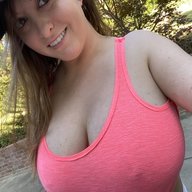 I’m not familiar with the site you mentioned but have you looked into sextpanther?
Toggle signature
Twitter * Streamate * ManyVids * SextPanther * My Website
Reactions: curvyredhead

I haven't. The texting services are a new ballgame to me.

ElaySmith said:
I’m not familiar with the site you mentioned but have you looked into sextpanther?
Click to expand...

How much are the pay rates for sextpanther

Ravenamor86 said:
How much are the pay rates for sextpanther
Click to expand...

They allow you to set your own rates for text, video and pic messages as well as phone. You can turn phone off if you don’t want to take calls and you can also receive tips for other services.
Toggle signature
Twitter * Streamate * ManyVids * SextPanther * My Website
Reactions: curvyredhead
O

I am on sextpanther. From what I see usually texts go from $1-1.25 per text. Pictures and videos range though. My price is $1 per text, $5 per picture, and $10 for a video. I set my pictures and videos a bit higher because I don’t like to have to take them on a whim. Although... I just now realized that I could just pretake pictures hahahha 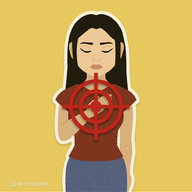 I left SextPanther bc admin let a client stalk me for months & refuses to actually do anything about it or answer my support emails, or tweets. SP pays out like 52% for all texts, calls, & photo/video messaging.

If a member send you eighty texts, you will only be paid for ONE text. Like, if it’s one text message, but a wall of text (most companies send multiple SMS messages as one message now)

I signed up for Just For Fans, but it’s more complicated than I would like.

Those should be done before a site goes live & starts processing applications for models to work with them, or before clients start paying, etc.
Toggle signature
Some people will never like me;; && I will NEVER GIVE A FUCK. 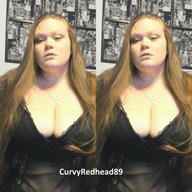 Unless im mistaken (totally possible)...this is not accurate.

I agree that a clear and cut way to block a client NEEDS to be put in place-- it's a safety concern.
I also agree that a character limit on texts needs to be implemented. I just tell my guys that I am only going to read the first text that comes in when its a wall of text, so they want me to actually read what they say to stick to 160 characters. I have yet to have any guys take issue with this.
Toggle signature
Call Me Red!​ 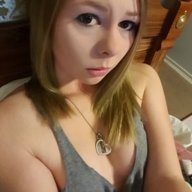 I offer this service through kik/snap and my rates are $1/min for just text, $2/min for pics and text, and $3/min for vid clips, text, and photos. I find it difficult to charge per message, so I do it by the minute.
Toggle signature
chaturbate.com/riley_luvyna <- follow me! Schedule: Central Standard Time.
Monday: 5pm-9pm Wednesday: 5pm-9pm
Friday: 7pm-11pm Saturday: 10am-12pm, 3pm-6pm, 8pm-11pm. Sunday: 2pm-5pm, 6pm-9pm.
Show hidden low quality content

G
A model seeking love and a future with a client? Or a manipulative romance scammer? One year anniversary! Ideas and impressions sought, please.

L
I got a best fuck from a robot, and I liked it.