You are using an out of date browser. It may not display this or other websites correctly.
You should upgrade or use an alternative browser.
D

RedX said:
I'm pretty sure with some models you actually can c2c in group shows. I was in one once and "cam2cam now available" was intermittently popping up and I realized it was people taking turns. At least that's what I assume, every time I've gone c2c I do it in exclusive.

Once again, I'd like to thank everyone for their responses on this thread. It definitely brought me some comfort. I'm curious, is it safe to assume that the more successful/popular/active models are more trustworthy? What about studio vs non-studio? What should people really look out for? I apologize if these things have been answered elsewhere.
Click to expand...

I've been in group shows on MFC where the model does C2C, but it's on an individual basis. Also, members can enable other members or specific users to see their cams if they want. But, I lock mine down to specific model names.

As to being trustworthy, I'll just say "Buyer beware". It takes me a long time to trust someone, and models aren't the exception. I have been a regular to a top model, as well as those middle or lower ranked. They can be good, or bad/untrustworthy, regardless of their status on the cam site. Though, I will say that of the top models I've interacted with on a regular basis, nearly all have been very good and respectful of their regular members.

Studios can be good/bad as well. I think it depends on who and how they are run. I've had a couple of bad experiences with studios. But overall a positive experience.
Reactions: EliMarie717 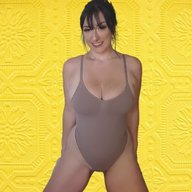 RedX said:
I'm pretty sure with some models you actually can c2c in group shows.
Click to expand...

On SM if a model allows you can C2C in group, which is technically called "premium or private". Basically, the one where several guys are paying a minute fee to be there. A set GOLD show is different though, and I did not think it was a feature in GOLD shows. Maybe I am wrong on that one. I only allow it in the one on one (named Exclusive), but I coulda swore it wasn't even possible in set GOLD shows (on SM).

However, it's possible that since I don't personally allow it in GOLD shows, I am wrong in thinking it cannot be done in there. I know it can be done in group, because even though I say I don't allow it, many guys still try, which is minorly frustrating. There is a setting in group, which I have unwittingly forgotten to change (at times), and they still get through. So I have to stop everything and manually deny their c2c request which sucks for everyone else.

**When I say GOLD shows in this context, I am not talking about a private show where a user can tip GOLD. I'm talking about a preset GOLD show, where the amount and show have a goal that has to be reached to start.**
Last edited: Oct 26, 2020
Toggle signature
Romance is the icing, but sex is the cake

How to get a message to a model

D
The cliché -> and then some

J
A Few Questions About Offline Tips on MFC