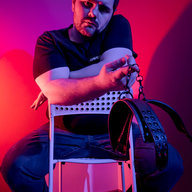 Been planning on changing up my cam streams, I wanted to do something that's a more interactive (and hopefully fun for everyone in the chat). Not everyone has tokens to spend every day so some days are going to be slower than others, currently when there's no one tipping there's not much of anything happening, it's boring for me, and im sure it's boring for everyone else in the room. So the change I am thinking of implementing is doing more streams where we (as a room) create things, 3d models, artworks, music etc. and still have the sexy stuff happen during tips and goal shows. I also like that it's something that everyone can be involved in whether they have tokens or not.

To me it seems like a pretty solid idea, I personally would rather be in a room that's interactive / acctually doing something than in a room where theres no one talking and nothing happening until something get's tipped for. However, speaking to a model friend tonight, she thought it's going to be a bad idea because it's not like a sexy activity, and I get the point that shes making but I think we all know a lot of members on cam sites dont just login for sexy times, it's also for company, entertainment and to kill boredom / time.

So I wanted to open up a discussion with you guys (members and models) on what you think of the idea.

FYI: I am far from a pro or even competent at 3d or music production, but for me that's part of the fun, and where I imagine a lot of the entertainment would come from for everyone in the chat.
Toggle signature
Check Out My Links:
KingMarti.com | OnlyFans | JustForFans | ManyVids
​
Reactions: Freya_s 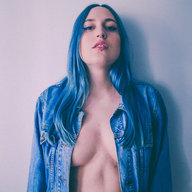 I think it's a great idea. Your reasoning totally makes sense, trying to entertain people while being bored yourself sucks majorly and is rarely successful. As for what your friend said. You sitting there doing nothing waiting for someone to tip wasn't exactly a sexy activity, I don't see how doing some art or music with your room would be less sexy. Your viewers already find you hot, not explicitly sexual acts can be sexy too, and if they want something more they can still tip for it like you said.
I also think it's easy to go back to your old way if it doesn't work out for you the way you wanted to. Or do 50% shows the new way and 50% the old way for a while and compare results after a while. Really, no reason to not give it a chance at least.
Toggle signature
🖤 OnlyFans 🖤 Stripchat 🖤 Chaturbate 🖤 ManyVids 🖤 Twitter 🖤
Reactions: KingMarti 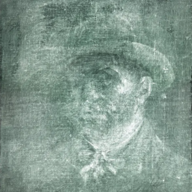 KingMarti said:
[...] it's also for company, entertainment and to kill boredom / time.
Click to expand...

It is, at least for me personally, so your idea makes a lot of sense. I'd say it's a no brainer and I wish more models would do similar things ...
Toggle signature
🌜🧀🌛​
Reactions: KingMarti
Show hidden low quality content

D
How do models deal with a silent chat room?