How do 'new' members get on the homepage? 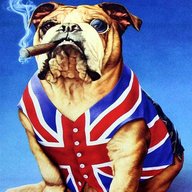 I have wondered for a while, I see quite a few performers on their first week or even day manage to get enough traffic to get on the first page of CB. Yet some people with followers of 20k+ can struggle. Is a different algorithm used when you first join? Or some other advantage of viewers getting to the room compared to long term users? Am just curious as I was telling someone to move over to CB but to take advantage of the new status, when they asked why the new status made a difference I didnt actually know the answer!
Sort by date Sort by votes
B

On the desktop site of CB there is the 'New' section for the models that have new status, and a lot of users cruise those rooms.
Upvote 0
C

The vast majority of their visitors will be annonymous, be it spam or bots. They also often allow the spam and crappy grey users who have no intention of buying tokens to boost their numbers for a good few days. It's infuriating and puts me off buying tokens again
Upvote 0 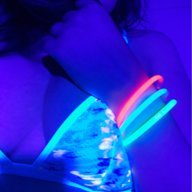 This all boosts the ranks of those with a NEW tag (although, even there some have more 'luck' with this then others)

The best thing anyone who starts on CB can do is observe which new rooms succeed.. and why that is. The pattern is obvious.
Toggle signature
There is only one corner of the universe you can be certain of improving, and that’s your own self.
– Aldous Huxley
Upvote 0 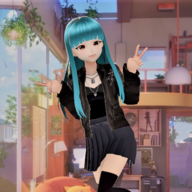 I made a CB account, in prep for streaming "later".. To learn / setup / real the rules / etc etc..
Did the independent broadcaster agreement, Uploaded the ID, and became Verified.. etc.
But this was done under a name I don't want to stream under, and at the time I wasn't aware of the "new" boost.

So some questions to try and fix this for when I am ready to stream.. Please.

1. Is the new boost from the time I verified in which case its already expired ? or from the first stream?
2. Since I haven't streamed yet, can I get this reset when I'm ready to stream?
3. Or can I make a new account under the name I want to stream under, when I'm ready to stream, do verification again etc.. and get the "new" that way.
4. If I change my room name on CB, will that change everything attached to it, like the link codes / affiliate etc?

Thanks
Toggle signature
Feel free to check out My Links:
InannaQoH.com | EPlay | Chaturbate | Twitch | All My Links ​
Upvote 0
B

Okay from the top:

bamdicted said:
Okay from the top:

I have heard of a number of broadcasters that have been able to reset the new period, provided they did not stream. What you should do is write support at explain to them.
Click to expand...

Sure, thanks..
I think i'll take that path, or just start without the new promotion.

Re #4 ,, With me being able to change real name and display name in the bio. I mistakenly assumed that would change my room name.. but it doesn't.
At least it seems like I can change the username through support ,so I guess all is good.


https://www.ambercutie.com/forums/threads/change-cb-username.38015/
Toggle signature
Feel free to check out My Links:
InannaQoH.com | EPlay | Chaturbate | Twitch | All My Links ​
Upvote 0
B

Tanitha said:
At least it seems like I can change the username through support ,so I guess all is good.
Click to expand...

Yes it is totally possible, actually one of the top models, wetdream111, recently changed her username.
Reactions: Diana_Devil and InannahQoH
Upvote 0
B

Tanitha said:
I think i'll take that path, or just start without the new promotion.
Click to expand...

You should really try getting the 'new' label reset, it means a lot, and the followers you get during that week will be the foundation you build your room on.
Upvote 0
M

As a viewer:
(I only go to couple's rooms)
In the last year I believe I've only seen 3 couples really benefitting from the new label, meanwhile at least half of them don't broadcast anymore.

From MelodyS's comment
1) like the chaos - I'm pretty sure most people hate it, this is usually the time when various people try to get a mod status from the new couples
2) like amateurs - 100%, and the audience is pretty divided - new couples get a lot of negative comments, but there's also a strong group of people who try to offer some help; also there's almost always a big spender
who gives a little boost (talking about a moderate amount of tokens)
3) try to take advantage of people who don't know what they are doing - sadly, that's true but applies to a smaller percentage of people; some (for some unknown reason) try to get the couples do things which would get them banned; and there's a few users who actually spend money (dark purples too) but trying to get what they want with lowball offers. (A little off topic but I keep seeing a lot of people looking for the smallest errors, typos, etc. in a bio or a tip menu; tip the amount, then making a scene if they don't get what they supposedly tipped for.... The worst I've seen was a typo, 100 tokens for 20 minutes of password show; which is obviously a typo, but at the end the new couple ended up doing it)

The couples who are still around and took advantage all had something unique: there's a gamer couple, another one where the girl could do stand up comedy and so on. /mytwocents
Upvote 0
Show hidden low quality content

Getting more traffic to my room?

How do the social media subscriptions work on Chaturbate?

M
Starting over again with new performer account and getting the ''New'' tag?