Using ScreenFlick I was able to re-cap the videos sent to me as .mov files and edit them.

Here's a rough cut to show the general idea as to how the video will look. Please note, MissSexyVixen sort of... embellished on what she had to say for it, so it makes for a good opening. Also, I know the scrolling titles scroll by fast, this is just to show the general idea. Also note, this is NOT the final order of the videos nor the final editing way (I may use dissolves, not sure yet), and Slim will need to re-record hers because her audio was messed up (I think she used her laptop mic, not her Logitech c920's mic). Oh, and I know Alice's video looks cropped in, but the way she kicked her legs was just too cute to crop out.

http://www.mediafire.com/?eombu5lb1lnln3l It's about 70MB right now.

On a sad note, I_Am_Iris's cam broke, so she, unfortunately, won't make it into this video. And probably not onto MFC, for a while, either. :crybaby: Which is a shame, she's a real cool girl and I've enjoyed the time I've spent in her room so far. But, next time, Iris! :dance:

Please let me know what you think of the general idea. 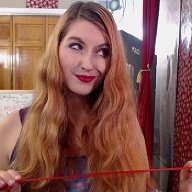 It's a good thing that I never, EVER make funny faces. And that I'm super serious always. :lol: :whistle:


Awesome Uncle Thursday, I'm so glad that you got this to work! Thanks for including us, I look forward to seeing the finished product!
Toggle signature
*Live MFC Room* Streamate*
Reactions: UncleThursday 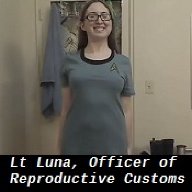 It looks good. Only critique I have is the sound- the first girl was really loud compared to everyone else, and the last bit was really quiet.
Toggle signature
Bouncing is exercise. Exercise releases endorphins. Endorphins make you happy. And happy camgirls just don't kill the members. Most links can be found on my blog's sidebar.

LadyLuna said:
It looks good. Only critique I have is the sound- the first girl was really loud compared to everyone else, and the last bit was really quiet.
Click to expand...

Yeah, I'm waiting until I get all the videos to worry about the audio and final layouts and such. This was just to show the basic idea behind it for you ladies.
T

UT, I would hire one of the cam girls to do the review speaking itself as it sure would sound better than you doing it. Just hearing you read it is so boring and sure a cam girl could read what you write and then sound a lot better when they speak it to the camera. 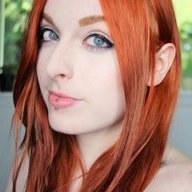 Slower than I hoped.

I still have to get Slimsecrets to redo hers because of the audio quality. I'm still waiting on my friend Bill and his GF Candace to get me theirs... I might have to take my HD webcam to their place and force them to sit down and do it. :lol: I also have to get in touch with Fawksey again to see if she is still interested. I sent tokens out to ScarletVixen a while back, but it shows the MFC mail unread and I don't know if she has even logged on in forever.

I have everyone else's videos, though. I do still have to try to see if there's a noise reduction function to try and help Luna's audio, there was a fan running or something that is quite obvious.

Plus, I bought a new headset, hoping it would be good enough to use for review recording (my old one developed a short)... the audio output through them is fantastic. I fucking HATE the mic with a passion like you wouldn't believe. I have been trying to do my Halo 4 review for days, and just cannot get the mic to pick up my voice at an acceptable level or without it being hissy from my slight lisp. I'm literally about to try using Audacity and my HD webcam's mic to see if that will work better.

Once I stop being sick I can redo the angle you liked without the fan, now that it's cold enough to cam without it.

Finally ended up reformatting my computer to get Skyrim to run without randomly shutting down on me.
Toggle signature
Bouncing is exercise. Exercise releases endorphins. Endorphins make you happy. And happy camgirls just don't kill the members. Most links can be found on my blog's sidebar.

LadyLuna said:
Once I stop being sick I can redo the angle you liked without the fan, now that it's cold enough to cam without it.

Finally ended up reformatting my computer to get Skyrim to run without randomly shutting down on me.
Click to expand...

That would be great, Luna. I'm still fighting with my new mic, and I want to break it and shoot myself a few dozen times for buying it.

I tried checking it in Audacity, and found the mic itself sounded better there. But for a "noise canceling mic" like Logitech claimed on the box, it sure does pick up a shit ton of noise in a quiet room (literally, the only thing besides me giving noise would be my computer's fan, and the hiss on the test recordings was awful). So, I guess all the extra pain in my ass was from Adobe Premiere and this mic, as opposed to just the mic. If I record my audio in Audacity, I can noise reduce it to an acceptable level, then import the audio into my review. But, goddamn, this review I planned on having up weeks ago is so late. :crybaby:

And the HD webcam's mic picked up even more noise and echo on my voice, and it's only like 16 inches, max, away.

Oh, and you don't need the word video in the new take.
Reactions: LadyLuna

OK, I got Luna's new take. I'm going to try and contact SlimSecrets on Skype for a new take, then to editing!

Wow, I just picked up the Samson Go Mic as a new recording mic. Just doing the very few tests I have, the sound is FAR superior to the mic in this Logitech h540 headset.

The Go Mic is a miniature condenser mic, which is more what professionals use to record audio in studios; as well as what broadcasters use in radio. It's only about 3 inches long, which makes it highly portable. It's powered by USB and is plug and play with Windows and Mac. It also has 3 settings: omnidirectional, cardioid (one direction), and a -10 dB setting for noisy environments. It even has a regular headphone jack to allow for latency free monitoring.

It's laptop clip doubles as a stand for things like a table or your desk. Its weight counterbalances the mic very well. The clip/stand also can be screwed onto a mic stand.

For podcasters or people doing voice overs on video on a budget, this thing is great. It doesn't pick up the lows perfectly, like more expensive condenser microphones will, but the sound with it sitting roughly 12 or so inches from me and talking in a normal speaking voice is clear. And it's only $40.

I haven't even had to use Audacity's noise reduction feature in my tests. And the Logitech headset mic as well as my Logitech HD camera mic picked up a ton more noise in my recording area, which isn't soundproofed.
Reactions: LadyLuna

OK, so this has been going far slower than I expected... but I have been putting myself on deadlines as of late, paying work be damned! I've uploaded 3 new reviews in the past 3 weeks; Aliens: Colonial Marines, Dead Space 3 and Tomb Raider. And I am giving myself until Sunday to get this up. I do still need Bill and Candace's vids, but Im going to email him tonight to tell him I need the vids by Sunday. I'm also going to try and get SlimSecrets to re-record hers, since her sound is unusable.

The only issue I have, as of right now, that will affect the time to edit it is the fact that my work wants me to work full 8 hour shifts Saturday and Sunday this week to try and catch up (on the positive side, my department is the only department that was really backed up due to poor management decisions, like having 2 people working the whole department for 6 weeks... but as of tonight, we are just about caught up). But, I plan on working the editing after work tomorrow and Saturday and Sunday if need be to have it up late Sunday night/early Monday morning.

I'll post another more-or-less final cut by Saturday night for you ladies and gents to preview before finishing it all up and posting it.
Reactions: ConnerJay and LadyLuna

OK, the mostly final cut is posted to my Google+ community for Uncle Thursday Game Reviews. I don't believe the settings on the group require you to join it to view it (in case you dont have a model-only Google account). I adjusted the audio, so I think everyone is about equal. I also tried to alternate between those laying in bed and those sitting up.

And, yes, one person is a little more risque than the others, but she said she felt it needed some risque. :lol:Well, technically Kaylee is in her panties, too, but the way she is sitting, you can't really tell.

SlimSecrets had some teeth pulled the other day, so she might not be up for re-recording her video if she can't really speak. So, I think if she doesn't get me the new video, I will probably be uploading this one.

I don't really have the time before work to upload it to mediafire and link it, so hopefully you ladies and gents can see it on the G+ community.

The final version will go live tonight, so hopefully all the participants will help with tweets when it is up.

FUCK! I just realized I didn't add Connor/Cherry. Its ok, I saved the Premiere file, so it won;t be too hard to add. I just need to remember if I changed the name of her file. I'll do that after work before uploading.
Reactions: KayleePond

OK, I'm home from work already. I'm going to do some little experiments with transitions and trying to clean up my end title cards to make it appear less rough, as my friend called it.

Q
Have you heard of qrush.com? Sell your content and get 90% payout!