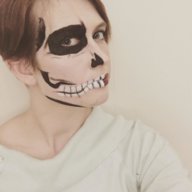 Hi, I don't think all of you know this about me, but I really love Zelda because of reasons like it's the best. So obviously I'm really excited about BotW. And...there have been numerous sources saying that it won't be released with the Switch and I just wanted to start a thread where we can talk about excitement/sadness about the delay/general feelings about it because I need that, okay.

I'm really disappointed that it won't be available at launch, and I'm annoyed that they advertised it so heavily when it won't even be ready when we were all most certainly expecting it. I also think it's a bad business move for both the game and the system, as I think releasing them simultaneously and doing a bundle would reallyyy help with sales.