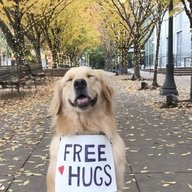 lyg7 said:
Happend just with me or anyone else?
I started camming to find a partner (girl) and then I still didn't found atleast a friend to cam with me... Why? Maybe I am too shy for tell ppl irl about my virtual job? Yes. But what should I do from now? I feel damaged.
Click to expand...

I just don't think camming is the best, or even a good way, to find a partner (if you're talking about a girlfriend-type partner). I checked your Chaturbate profile; you have 22k followers so you're doing something right. I'd just try different ways to find a partner. Like a book club? Gee, I don't know but I don't think camming is the way to go on this.
Toggle signature
Chaturbate user name is Swen_o
Reactions: Dannyhomebody, _mika_, EliMarie717 and 1 other person
M

The female models have generally said that they can make as much or more tokens as a single female on the camsites. So it is unlikely that any current reasonably successful female is going to want to cam as couple as they won't likely make as much and/or more as part of a couple show, and based on other posts on here some portion of the viewers in general seem to be bothered by the females 's they are watching having and/or admitting to a boyfriend/husband. Some portion of the viewers/tippers seem to want to believe the person they are viewing is all theirs, and do not what to think anyone else is involved with who they are tipping.

For the most part most of the cam couples appear to be real couples that are open enough to also be cam couples. So to be a cam couple you would need to have a SO that is open to camming as a couple. I have (under another username) cammed as a couple and it was a SO that I was camming with and I brought up the idea to cam, and she had not done any sex work before that but liked the feeling of others tipping and complimenting her to see her body. So you need to find a SO that has the right sorts of kinks, and is open to this sort of thing. For a current female model the indications are that you proving everything (room, lighting, internet, cams and cam work, and other work) and they get all tips would still not be a good business deal for them as they can make more camming as a single female with no indications of any SO existing.
Reactions: EliMarie717 and KingMarti 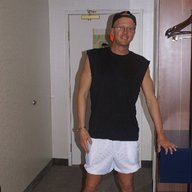 AmberCutie said:
Since we frequently get new posts from guys wanting information about cam modeling, I am making this thread to be the go-to place to start. Below are links to previous threads with questions, advice, information, but any new inquiries should be posted here for continuity.

Public thread about Chaturbate
Advice for new models
Publicity and Advertising
Can you really make good money off of this?

So if you're interested in being a cam guy, or have advice for other cam guys, this is the place to be! Happy posting! And don't forget to link newcomers to this thread!
Click to expand...

Thank you for posting this. I get a lot of questions from guys who visit my cam rooms and always ask "I'm curious about being a model, how do I become a model?" I offer my advice, but will recommend they visit this forum now and moving forward, and click on these links so they can learn and decide if the cam industry will work for them or not.

Swen_o said:
I just don't think camming is the best, or even a good way, to find a partner (if you're talking about a girlfriend-type partner). I checked your Chaturbate profile; you have 22k followers so you're doing something right. I'd just try different ways to find a partner. Like a book club? Gee, I don't know but I don't think camming is the way to go on this.
Click to expand...

It's sad we live in such a judgmental society, even considering how much freedom people have today compared to back in the day. Looking for a partner camming. No. Some people, not all, lack the maturity to respect you as a human being because when they see you online, you're just a fantasy/object and nothing more, even though you're a human being just like everybody else. Maybe find a dating site that's more open-minded to your occupation like a sex workers dating forum, where you don't have to worry about somebody passing judgment on you because of the job you do. Check with your friends and/or acquaintances. Because your true friends have your best interests at heart, maybe they can recommend somebody to you, but make it clear you're not ashamed of what you do in the cam world for a living, and whoever you decide to be in a relationship with, has to accept that. It's not up for debate. Be patient, and even though I don't know you, I hope my advice is helpful, and I hope at some point sooner, rather than later, you find somebody you can be compatible with. Don't give up, keep looking, you'll know it when you find it. Just be careful, be respectful, and the people you meet have to be respectful to you, otherwise, boot them permanently out of your life to find somebody who will benefit you on a relationship level 100%. Hope this is helpful.
C

Hi there,
I am part of a joint study involving SJSU, WLU (Canada) and MSU and we are attempting to develop a comprehensive understanding of how those who participate in online sex-related content production manage their work identity in relation to their “real-life” identity and deal with the implications of the stigma associated with sex work. The end goal it to combat the negative stigmatization of participants.

We are asking for participants to participate in an online survey (approx. 45 minutes long) and share with us their experiences and knowledge regarding their everyday work. 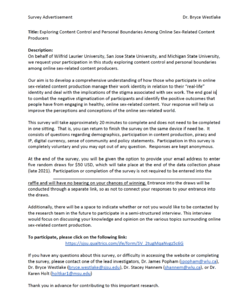 Thank you.
Reactions: Dannyhomebody
Show hidden low quality content
You must log in or register to reply here.

A
In need of urgent help (please!!)