I am hoping someone can give me some insight and ease my mind. I started camming last January and only did for a little over a month. I have just received my 1099 misc from MFC because I made about 1200$. I also have a regular job that I am filing taxes for. I tried to use turbo tax like I have for many years and it kept trying to make me label myself as also self employed so I backed out of everything and scheduled to meet with a tax specialist tomorrow.
1. Do I have to label myself as self employed even though I’m not camming anymore? Can it not just be misc income?

2.When my tax specialist asks what I did for this misc income what should I label it as?

Any advice would help!!

thank you,
Xo
Sort by date Sort by votes 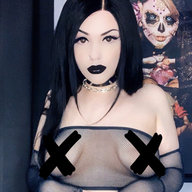 I’m not an expert so if I’m wrong someone can correct me but I’m pretty sure you can put it under misc income. I use turbo tax too but I can’t remember the section right now but there should be some part that asks about extra income
Toggle signature 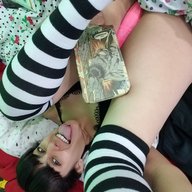 As soon as I started camming I hired a CPA to help me file my taxes. I am not a tax specialist, but what I can generally say is that income received from MFC, CB or any other cam site is independent contractor income. I would be weary about claiming it as "misc" only because you did receive a 1099, which means the site already declared it to the government as independent contractor income, so I would assume they would be looking for you to claim it that way as well. Also, the independent contractor "status" only applies to that chunk of income, it doesn't apply to the other money you made at a "regular job."
Toggle signature
Twitter: @kinkywild ~*#*~ Instagram: @virah.payam
Cam room: https://www.chaturbate.com/kinky_wild1
Podcast: https://www.patreon.com/virahpayam
Reactions: eroticalynn and synystergates7240
Upvote 0
Show hidden low quality content

X
Guy wanting to help out in the room - is he legit or just wanting a free show?