Having Trouble With Webcams, please help! 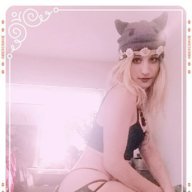 I have a c290 and c615 Logitech webcam and they have literally stopped working for no apparent reason. I had Windows 10 ibut switched over to Linux to try and get my wibcam to work, and sometimes a streaming cam site will detect it, but it ill almost immediately freeze and malfunction. This happens on BOTH of my laptops (the linux one and a Windows 7 one), and I'm just at a loss. I see all of these models having no webcam issues whatsoever, but I can't get any of the good ones to work. I'm about to buy a Microsoft webcam just to see if it would work with my computers (i also ordered Windows 8.1 to see if that will fix my problem).

I've tried installing and updating every driver I can think of, but nothing has worked. It's so frustrating! >_<

Anyone have any advice or experience a similar problem? This all started when Windows 10 updated around September 1st, and my webcams have been screwed ever since.

Or does anyone have any ideas on the best webcams out there that are a reasonable price (ideally $50 or less) that are NOT Logitech webcams?

Oh, and my built-in laptop webcam works, and it's decent, but I could definitely do better with a separate external HD webcam. Not to mention for some reason the built-in microphone sometimes sounds like shit, especially on MyFreeCams for some reason. 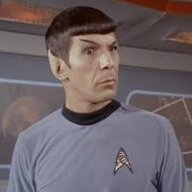 I can't help much with the cams... but I would not recommend going back to windows 8.1. That's pretty old now and I'm Microsoft will end main support January 9th 2018... so in addition to security problems you'll also have driver problems before too long. I'd recommend sticking with windows 10 if at all possible. Maybe try re-installing it from scratch? I'm a big Linux fan but since I suspect it's rarely used by cam models in the long run it will be more trouble then it's worth.
Reactions: Ann_Sulu 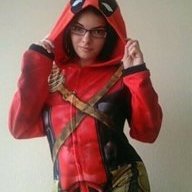 The logitech c920 is the webcam I use here. I understand you've had issues with logitech, but perhaps it's more your OS than the cam(?) I have no experience with Linux. I'm guessing this happens with all sites? I see you have a CB, MFC and SM link under your avatar. I know there were a LOT of updates with my camsite after Windows 10 came out. It could be a simple case of sites trying to get everything ironed out to connect properly. Like Striker said, I'd give Win10 a retry.
Toggle signature

​
Sensual domme, who loves bad jokes, anything sciency, yoga, sex, & food porn...sometimes all at once.
♥ Complete List of My Links ♥​ 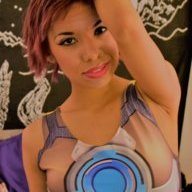 Are you using a different browser or anything since you've switched? Some browsers are unsupported. 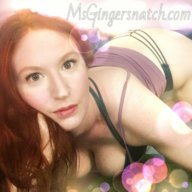 When the Windows 10 Creators update came out, there was a problem where the update + Avast antivirus + logitech webcam = webcam fail. Removing Avast from the computer allowed the webcam to work again. I don't know if that problem still happens to people who might be getting the Windows update a little late, or if it would apply to you, but it definitely caused me a lot of panic, frustration, and nonsense trying to fix it.
Toggle signature
My Website - Newly Rennovated!
Info for the Guys (& Other Cam Model Playmates):
How Skype Cam Shows Work and Why Skype Shows are Awesome​
D

I'm not a model, so can only speak from a member's perspective on MFC...

I have used both the built-in on my ASUS laptop, as well as a Logitech c920 on both Windows 10 and Fedora. No issues on Windows, so long as camera drivers and firmware are updated consistently. My laptop has been Linux only for well over a year now, and have only used Windows in a VM since then.

As to Linux, you need to have Adobe Flash installed for it to work on MFC. Each time I start my webcam, I have to select the Logitech one in the options screen. Chrome works better than Firefox, I've found. FF used to be better. But, it has become slower. BTW, there is a version of flash for Chrome, as well as FF. So, make sure you download and install both.

Also, I should mention that if you have the camera open in another program such as "Cheese", then it won't open correctly in the browser. I normally have my lid closed, so the built-in is useless most times. But, I haven't decided to disable my internal cam, as there are times I travel with my laptop and don't bring my c920 with. Lazy I guess...

I'm not sure if SELinux has any issues with external cams running. Might want to look into it, and set rules if needed. Easiest is to disable SELinux. But, I prefer to not do that.

I haven't heard any complaints from a couple of models who have seen my ugly mug on cam in terms of resolution, or performance except when they have network slowness. I've often wondered if there are any models who do use Linux to broadcast. But, never found much info on any who do since I would imagine it's not really supported by sites such as MFC, CB, etc.
Reactions: rstanton and Striker44 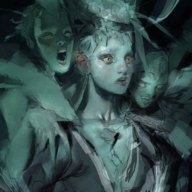 Is it your webcam or your stream? How do your webcams work offline, like just recording video? It may be more of an internet issue. Are you using wifi? Have you tried streaming with an ethernet cable? It would be faster and more stable.

Ms.Gingersnatch... I never tried that before. We did have Avast too. At this point my fiance got so frustrated with it that he just booted out Windows 10 and installed Linux on our computer. it still needs some kinks worked out but i can at least get my built-in laptop webcam to work, which is actually decent quality with the right lighting. i still wish i could figure out how to get my Logitechs to work though... we got them working once with Linux, but then my fiance messed something up and had to reinstall the whole system and now it doesn't work again.
Toggle signature

ShineModel is a service for managing chats and broadcasts of several sites in one window.

What is the best computer and camera to use for camming?